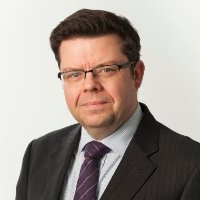 Payments Canada’s Brad Pragnell, a consultant on our modernization initiative, was brought into the project for his expertise in helping to develop a new infrastructure for fast, rich data payments in Australia. A Canadian with 20 years’ experience in financial services policy in Australia, he worked for the Australian Payments Clearing Association (APCA) for eight years where he helped develop the plan for a new payments system, which should be operational by the second half of 2017.

In this Q&A, Pragnell shares his personal insight on Australia’s modernization journey, lessons learned and how Canada’s payments ecosystem differs.

What are some of the features of Australia’s new payments system?

It will provide for near real-time payments between individuals and businesses. It also includes the ISO 20022 standard so it will allow for richer remittance data to be passed between payors and payees and has really been constructed to be a platform for competition and innovation. One of the unique features of the Australian system was they stayed away from creating a top to bottom solution that only provides for person-to-person real-time payments. Instead, what was created was a platform or toolkit for financial institutions and others to create different types of payment products and services that can use both the speed and data richness to meet future needs.

What lessons were learned from developing Australia’s new payments platform?

First of all, there was the catalytic role of the regulator. Australia’s central bank, known as the Reserve Bank of Australia, played an important role in terms of identifying the high-level policy objectives. They wanted it to be near real time ISO 20022-enabled and to allow people to make payments without knowing bank account details. Having those very high-level objectives and then putting it back on the industry to figure out how to meet those objectives was ideal. I think regulators are very good at articulating the public policy objectives but I think industry and industry partners are usually better at defining the how. What was important in our thinking was that the new system would be a platform for innovation and competition. This meant that financial institutions saw the new system less as a compliance obligation and more as a commercial opportunity.

What are some of the differences between Canada and Australia’s payments systems?

The banking systems are quite similar in that you have a relatively active central bank interested in payments and you have a small number of large financial institutions that carry a large portion of the volume and the value. One important difference is that Payments Canada has a larger operational role in terms of actually running the high-value clearing and settlement system. In Australia, a lot of those functions actually rest with the central bank. They are very similar jurisdictions, which has helped both countries learn from each other.

How can Canada use overseas solutions to better our payments systems?

Payments is currently undergoing a very dynamic phase at the moment. I think that Canada is fortunate to learn from other jurisdictions. A Payments Canada research paper, Clearing and Settlement Systems from Around the World: A Qualitative Analysis, revealed that there is a global trend towards infrastructure enhancements that support faster payments. What also came out in this paper, which I thought was very good, was that you want to take into account these developments but you don’t necessarily want to just take a cookie cutter approach to what’s been done in other jurisdictions. When Australia started on its new payments platform journey, some people suggested the exact same approach as taken in other jurisdictions. This would have been a mistake. Instead we reflected on the Australian context and developed a layered approach to design of the system that promoted innovation and competition. I think it’s a great time to be in payments and to learn globally about what’s going on but to be really, really sensitive to the uniqueness of the Canadian context.

What is the importance of funding, project management and governance in modernization of payments systems?

I think one of the things we learned in the Australian experience was that it’s important to think about the design and the technology that you use but that other issues like funding, project management and governance are not necessarily soft issues. You want to make sure you think really clearly about those issues as much as you think about the technology solution. Financial institutions that are participating in or funding modernization projects need a line of sight into the progress. That helps to build that confidence in the work that is being done.This isn’t just a bottom up technology solution. This is actually thinking about the ecosystem, thinking about the market and thinking about how payments actually work in the real word. It means there are opportunities to be creative and come up with new ways to solve old problems.

How important is consensus and collaboration when developing a new payments system?

One thing I learned quite a bit in the Australian context was that everyone thought they had a clear idea of what they wanted. The large financial instructions, the small financial institutions, the central bank and APCA all thought they wanted something that looked a certain way. And everyone had to compromise. Everyone had to give up on something, which I think was necessary. We had a lot of conversations but I think that’s fundamentally at the heart of what these initiatives are about – getting something that everyone can support. It may not necessarily be their ideal solution but it’s something that might give them some opportunities they hadn’t actually thought about. In the end, in Australia, we were able to craft a consensus outcome that I think everyone was quite happy with and proud of. The fact that it went through a really tough, hard and painful process was an essential aspect of developing a robust solution that people were happy with.